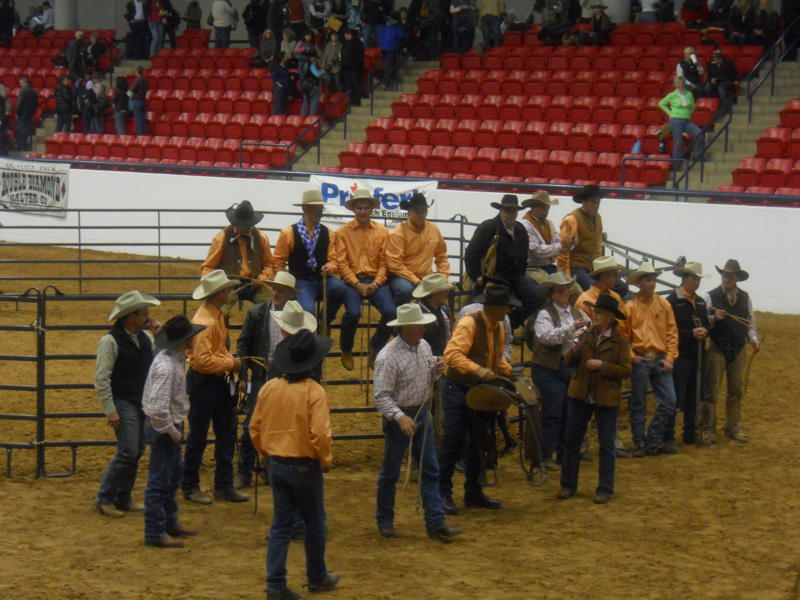 Charlie Hill traveled to Ft. Worth, Texas during the weekend of  February 27-28  to participate among a group of 21 horsemen and students of Ray Hunt who were  selected to give presentations  by working with young horses.  This honored group was chosen because of their dedication to the horse and to pay tribute to the  relationships they had  with Ray and his legacy. Each participant provided the audience and a panel of peers an opportunity to evaluate/critique their performance and the accomplishments gained in respect to the needs of the horse rather than a competitive or predefined agenda.  In this manner each was able to present their view of the ideals Ray had instilled upon them.  In the end, the audience was asked to vote for the person who best exemplified the teachings and methods Ray had encouraged them all to learn.

When the tally was completed, Charlie Hill was voted as having given the top presentation. In recognition Charlie received one of Ray’s personal Dale Harwood saddles. In thanks for their “try” as Ray would have stated; all 21 who came to memorialize Ray were awarded with a personal piece of his tack in recognition for their skill.