My Experience at the Charlie Hill Colt Starting Clinic 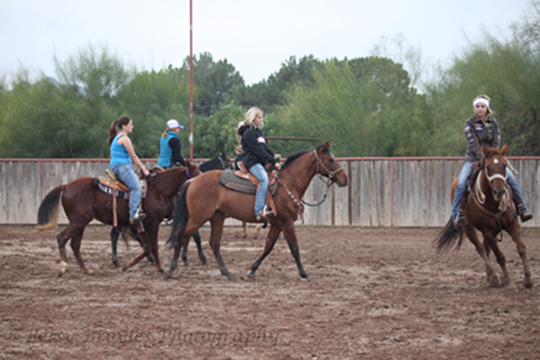 Charlie Hill uses a slogan” Let my experience enhance your experience” and by the end of his four-day colt starting clinic our eight person group couldn’t agree more. Like any colt starting clinic our goal as participants was to work with our horses on the ground, get a saddle on their backs and ride our horses…and we did, however it was the journey through Charlie’s methods that produced a superior experience not just for me but for my horse as well.

One of the benefits to the participants in this type of setting is the diversity of horses. There were four Quarter Horses, one Arabian, one gaited horse, a five year old Thoroughbred stud, and a one eyed Paint. My horse was a two-year old AQHA filly out of Topsails Rein Maker. We also had a diverse group of riders between 20 to 60 years of age and more women than men. Such variety made watching a greater learning experience because each horse responded differently. This enabled me to see different techniques used to get similar results. With Charlie it’s all about enhancing your communication with your horse, and by the end of day one all horses were saddled. 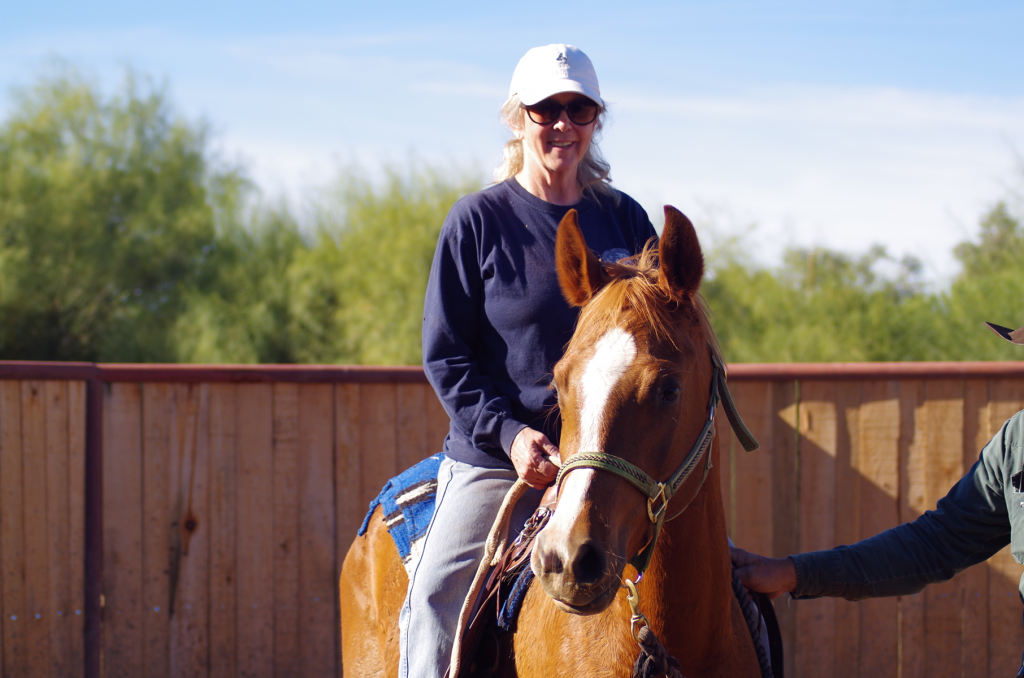 Day two saw a lot of preparation for the horse to be mounted for the first time. The groundwork we did was to prepare us and the horse to become one. The tools Charlie used were a rope and a flag. Charlie does not use the flag as a lot of clinicians do, it is more an extension of his arm and hand not a tool to “dumb down” the horse. Charlie studied under Ray Hunt for years and his method closely resembles Ray’s style. When Ray died a few years ago there was a memorial for him and at it had a colt-breaking contest in his honor; the winner would receive Ray’s saddle. Most of Rays understudies were there including the great Buck Brannaman…. Charlie Hill was the winner and was riding that saddle the day of our clinic. He mentions Ray often in his clinic as in “Ray would say this” or “I asked Ray about”. By the end of day two all horses were mounted.

Day three saw more preparation for riding as we moved from the round pen to the arena as a group. All eight riders on their horses moving around with only rope halters on, no bridles or bits. Charlie helped move the horses around gently using his flag and his horse. Even though I have started eight colts (trust me I’m no pro) there comes that time when you are on his back for the first time in the open and you hold your breath hoping your preparation was enough to help your horse handle that experience. This is where Charlie’s experience helps you to fill in for your horse and have a more positive outcome for you both.

Day four! We started again with more preparation for the horse to be ridden…this time in a snaffle bit. Once again as a group in the arena the horses were saddled and turned loose together without riders and for about an hour Charlie on horseback moved them around checking out their readiness. He was able to spot little things on my horse that needed some attention to make her ready; after these issues were addressed the snaffle went on in one smooth move. In fact only one horse had an issue and, it was quickly resolved. This day I learned that Charlie has his own “language” when he told someone to “Get a shorter hold of nothing” and instructed another to “Keep the feet behind the head” or “You need to fill in for the horse”. He has many more and calls them “dumb Charlie” sayings. Trust me they are pearls and its time to listen carefully to every word. By the end of the day after riding in a pasture these brave participants took to the trail, and an hour later returned without incident.

Charlie teaches colt starting and horsemanship in his clinics but also does one on one instruction as well. Also every Tuesday night he has open clinic night – every one is welcome. 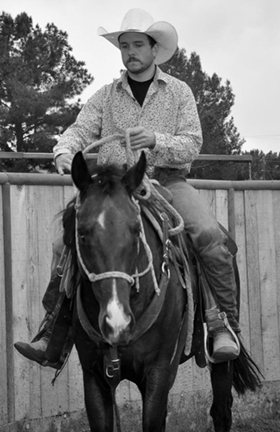 A testimonial from Chance Stone who was one of the participants.

This past weekend, myself and eight others had the opportunity to experience a very great clinic that Charlie put on. The clinic was filled with nine very different riders and nine very different horses. Throughout the weekend it was very beneficial for me to see all these different varieties in horses and in riders. The colt I brought to this clinic was a coming five-year old thoroughbred stud horse that brought a lot of different challenges to the table for me. This horse was hard to tell if being more aggressive in spots was going to free this horse up and really bring him along in both his willingness to respond positively and his willingness to start to let down in his temporal behavior flaws. There were times that being too aggressive in asking for the changes I wanted shut this horse down a little and got him a little on the bully side and, there were times that putting this horse’s bully side to the fire made him decide that his choices were not going to work for him. The ability to do the all the preparation on this horse opened my eyes to a lot of great ways that will help me in bringing on a lot of different colts in the future. What was very beneficial to me during this clinic was the fact that Charlie allowed me to struggle through a few areas that I was having trouble with this stud colt as so, I could find where I needed to fill in for this horse as his needs demanded. That being said when Charlie saw places to show me where I could really change my approach he would step in and give a few suggestions where I could change up things and that allowed me and the stud colt to really make miles in headway. By the third riding we had this stud colt who wanted to try living in a world of bulliness and anger, freed up and responding very nice. There is no way to put a price on the knowledge and insight that comes from these clinics…